Foot Forecast: 400 companies and 1,500 Forecasters shared their passion for football

The 2018 edition of Foot Forecast, free inter-company forecast challenge, ended on Sunday 15th of July when France lifted the most sought-after trophy in world football. 576 of the 1,523 players predicted France’s victory over Croatia. A total of 400 companies tapped into the opportunity to nurture team spirit amongst their employees and Rexel grabbed first place in the contest.

Twenty years since winning its first title on home soil, France made history after a 4-2 victory over Croatia in the World Cup final. It was also time for the Foot Forecast players to discover the results of the predictions they made before the opening of the competition. 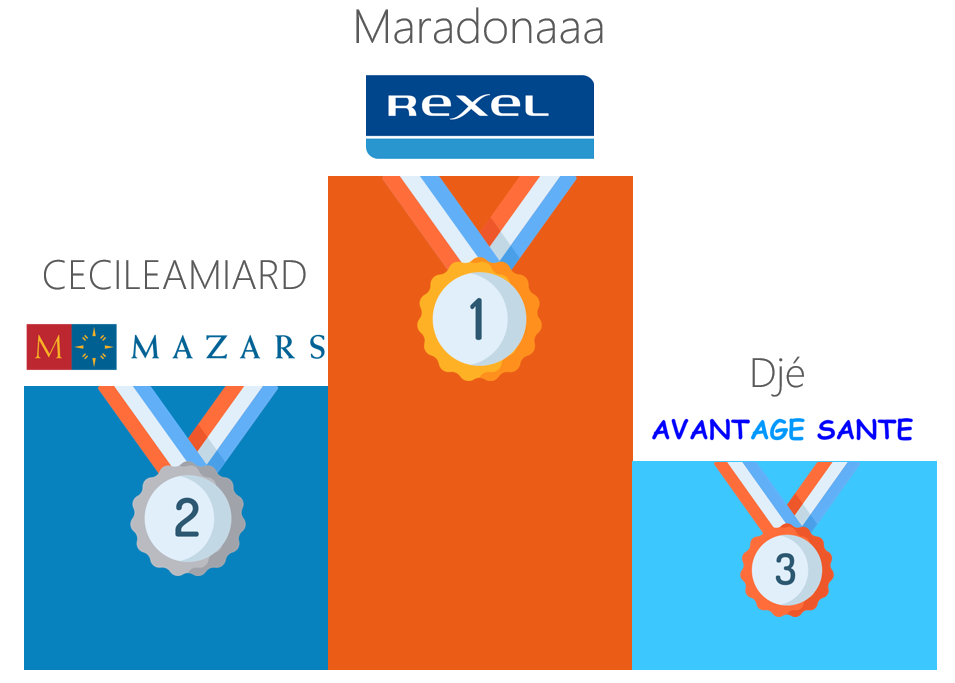 1,523 Forecasters, 412 companies and 207 Leagues in 41 countries shared their passion for football during the 2018 FIFA World Cup. The French companies dominated the competition: Danone, KPMG, Mazars and Air France – KLM created their Leagues.  “Les Bleus” represented more than 50% of the participants. The UK was ranked second, with Experian, Barclays and Coller Capital, and the USA took the third place – Duff & Phelps, Meridiam and JPMorgan participated, to name just a few. 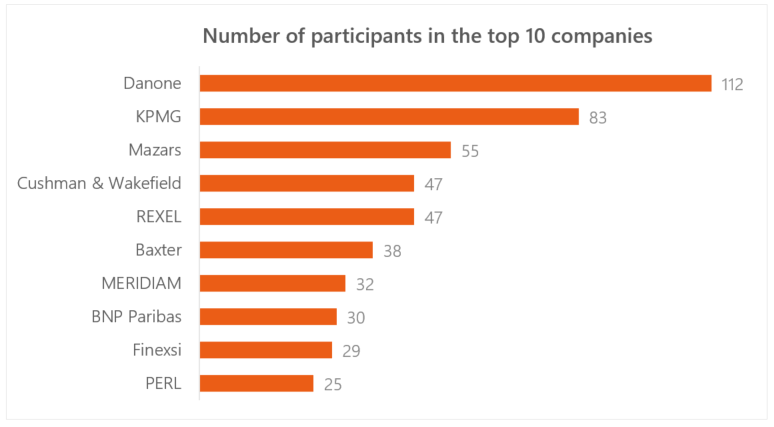 Russia was the last country in the Foot Forecast Top 10 participants. However, the hosts, the lowest ranked nation in the tournament, managed to beat expectations by reaching the quarter-finals. The team’s unexpected run came to an end at the hands of Croatia. Since the collapse of the Soviet Union, Russia had never managed to go past the group stage. 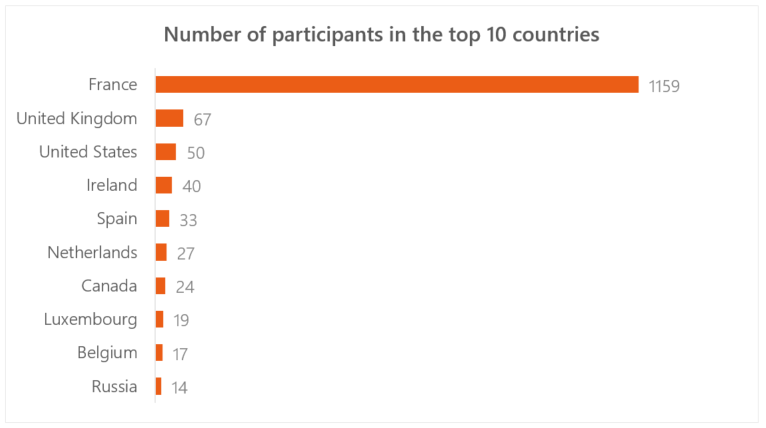 A World Cup full of surprises

“Maradonaaa”, member of the Rexel League, won the Foot Forecast contest by guessing:

– The exact result of 9 matches

– 5 of the 8 teams in the quarter-finals

The 2018 FIFA World Cup has been one of the most enthralling and surprising tournaments in recent memory. That includes good surprises, like Sweden reaching the last eight of the World Cup, but also some shocks, like Spain who crashed out on penalties to Russia and Germany who didn’t make it out of the group stage. Saying the reigning World Cup winners’ early exit came as a surprise is an understatement. Indeed, half of the Forecasters predicted a German victory. Overall, four of the favourite teams didn’t make it to the quarter-finals, which is higher than the average between 1998 and 2018. 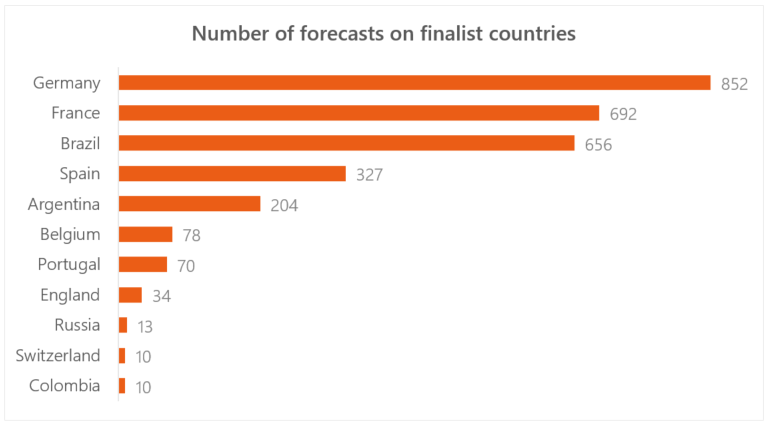 A special congratulation to the 9 Forecasters who predicted Croatia’s first-ever World Cup final! Our gifted players managed to guess the exact result of the most unexpected matches of the competition:

“theboss” was not as lucky. He chose a 75% risk level and ranked last. He forecasted:

– A victory of Switzerland

– Switzerland against Panama in final

“theboss” guessed only 2 of the 16 teams in the knockout stages (Switzerland and Mexico) but predicted the exact result of Germany-Mexico (0-1) and France-Denmark (0-0).

Of course, we all played for glory, but the 60 best Forecasters will also win the following prizes:

Big congratulations to the three Forecasters who made it to the podium and thank you all for your enthusiasm and passion.