The 7 Most Epic Excel Creations Ever

It’s easy to underestimate the power of Excel.

Many associate the Microsoft tool with headaches from crunching numbers and tedious charts but there’s more to the spreadsheet-making program than you think. Microsoft Excel may only be 30 years old but it feels like its been around forever and rightly so. Whether it’s at school, at work, or at home we’ve all used it multiple times and developed a love hate relationship with Excel.

With more than one billion users worldwide, we wanted to celebrate all the incredible and amazing things about Excel which you may not know. Whether it’s an impressive map visualization or aesthetically pleasing works of art, Excel shows that beautiful graphics don’t always require fancy software. 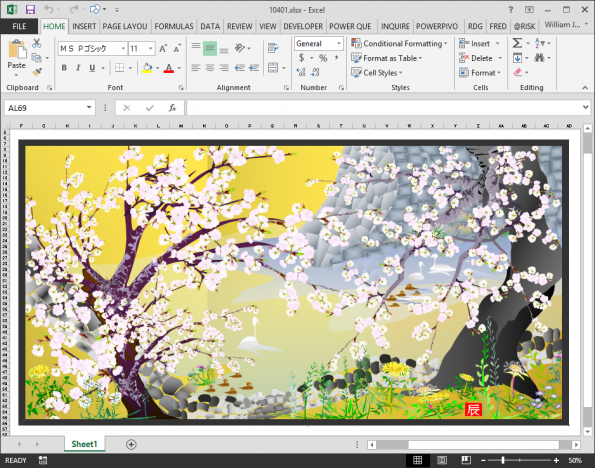 A 74 year old man, by the name of Tatsuo Horiuchi has discovered a new way of creating beautiful pieces of art in Excel. Horiuchi said he has never used Excel for any other purpose and first started using it because it was free and pre-installed! Horiuchi uses autoshapes in Excel and layers custom coloured shapes to create the image. All his work is online and has also been featured in museums. 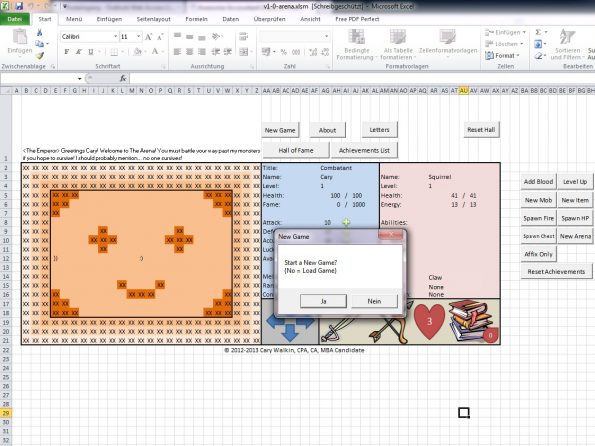 Cary Walkin, an accountant from Canada, created a full-length role-playing game using an Excel workbook. He created Arena.Xlsm in five months, and released it in March 2013. It features 2,000 potential enemies and a storyline with four different endings, based on how the user navigates the game.

#3 CONVERT ANY PHOTO INTO AN EXCEL SPREADSHEET 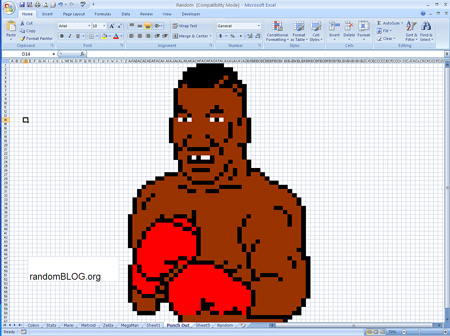 #4 CREATE A MUSICAL ANIMATION IN EXCEL

Joe Penna, also known as MysteryGuitarMan on YouTube, gave a whole new meaning to Excel spreadsheets in his 2012 music video. He made the stop-motion animation entirely in Excel, and it ultimately went viral

#5 CREATE A SUDOKU IN EXCEL 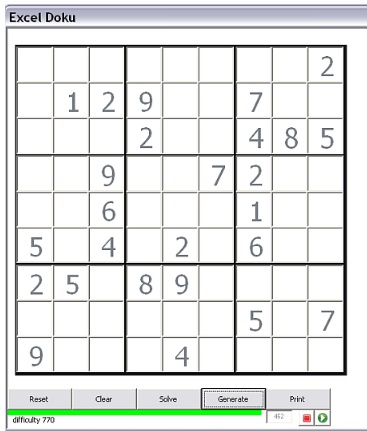 If you’re a puzzle fan who can’t get enough Sudoku problems, now you’ll be able to create an endless stream of them in Excel. This handy tool from Bruce McPherson is just a humble .xlsm file, but thanks to the program’s VBA capabilities, it’s able to both create Sudoku puzzles and solve existing ones that you might be stuck on.

McPherson offers an explanation of how he put the tool together on his website, and if you’re looking to dig deeper into Excel — in particular using VBA — then it’s well worth reading. Sudoku fans will love this project for its functionality, but anyone can learn from the techniques that have been used to create it.

#6 PLAY A VIDEO GAME IN EXCEL

The guys over at Spreadsheet1 have built an unblocked Excel version of the viral web game 2048 by Gabriele Cirulli, you can play online or off-line in 2D or 3D. Every game move is logged in a worksheet for potential strategy analysis using controls in the Ribbon. The Game can also be saved and resumed later (just save workbook). Thanks for the tip Peter!

In Excel a Pendulum can easily be represented on an Excel Scatter Chart as a single series consisting of two points with a joining line however the guys at Chandoo.org have managed to create amazing 3D dancing Pendulums! Thanks for the tip Ian!

Thanx for the link
If you scroll down further at:
http://chandoo.org/wp/2011/07/06/3d-dancing-pendulums/
There is a full 3D animated version of the Dancing pendulums with rotation control

Thanks Ian! I’ve updated the post with this graphic!

One of our guests not too long ago advised the following website.

How to link Excel to PowerPoint