PARIS, 4th May 2018 – From the 14th of June to the 15th of July, the 2018 football World Cup will run at full tilt from Moscow. In 2014, more than 3,500,000 supporters held their breath during the 4-week competition. Hence, more and more companies tap into that opportunity to nurture collaboration and team spirit amongst their employees. Foot Forecast, a free inter-company forecast challenge, offers a custom-made tool to convert the World Cup into an internal cohesion event. Sanofi, Rexel or Sodexo have already made their move. 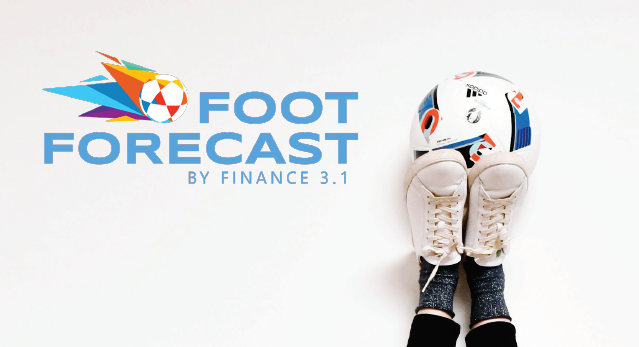 Bring Passion to your Company

Football is considered the most popular sport in the world with more than 265 million players[i]. 80% of working people see themselves as sporty or interested in sports[ii]. For the football-savvy, the World Cup is a major not-to-be-missed event. Here comes the cruel dilemma: how to follow the games while carrying on working? The productivity loss during a World Cup is estimated to be worth more than 20 billion dollars worldwide[iii]. A strong enough reason to convince companies to accompany their collaborators’ passion.

“We conceived a prediction tool to share our passion for football and our enthusiasm for developing ergonomic, aesthetic Excel models. Foot Forecast is more than a prediction tool: we also broadcast major World Cup games, we offer an up-to-date Leagues ranking and we award great prizes to the winners. Foot Forecast allows the players to interact differently with their colleagues. During the contest, there are no hierarchical or organisational barriers; collaboration and cohesion are strengthened!”, explains Philippe Chazalon, Co-founder and CEO of Finance 3.1.

Create your League and Defy your Colleagues

Foot Forecast is a free B2B forecast contest allowing players to guess the results of World Cup matches, create Leagues and beat their colleagues or other companies. How to participate? It is very simple! Just download the Microsoft Excel forecast file and fill it with your forecast. So, what is your guess for the World Cup Finals? Will Germany win its 5th World Cup? Will France get revenge? Will Japan beat the odds? The only requirement is to make your forecast before the opening of the World Cup, June the 14th at 4pm.

Foot Forecast also gave a special thought to football newbies by compiling all the essential stats about the participating teams in an interactive dashboard to help their forecast. A feature in the Excel file allow beginners to generate random predictions in one click. The player chooses its risk profile – from “I hate risk” to “I love risk” – to randomly fill in the forecast file and participate, even if he or she does not get a thing about football. Just like that, the most used office software in the world becomes a team building device!

For the Euro 2016 football championship, Foot Forecast gathered more than 600 players. This year, companies like JobTeaser, Sodexo or the bank Société Générale already took their tickets to organise an internal contest between departments or international subsidiaries. First and foremost, the World Cup is the opportunity to develop a feeling of belonging to the company around football enthusiasm.

”Every international football competition is a great way to reinforce team spirit. Through forecast, we live the event with more intensity and we make every game count!”, shares Xavier Chartres, Société Générale, winner of the 2014 contest.

May the best forecaster win!

Finance 3.1 helps large companies such as Orange, EDF, L’Oréal or Sanofi take the right decisions thanks to custom-made ergonomic, design, secure tools. Passionate about technology, design and corporate finance, the team created more than 300 projects on Excel or PowerBI since 2009.

With Foot Forecast, the Finance 3.1 team wishes to share its passion for Excel and spread happiness at work within organisations during the whole 2018 FIFA World Cup!

Tomorrow’s Financial Deliverables: What Does the Future Hold? - Upslide

[…] Power BI is designed to work hand in hand with Excel to allow professionals to aggregate and manipulate data from several sources, without any need for technical expertise. Power BI dashboards are interactive, ergonomic and updated in real time. They can be shared to the clients with a simple web link, in one click, and personalised to suit the level of analysis required. […]

[…] over Croatia in the World Cup final. It was also time for the Foot Forecast players to discover the results of the predictions they made before the opening of the […]